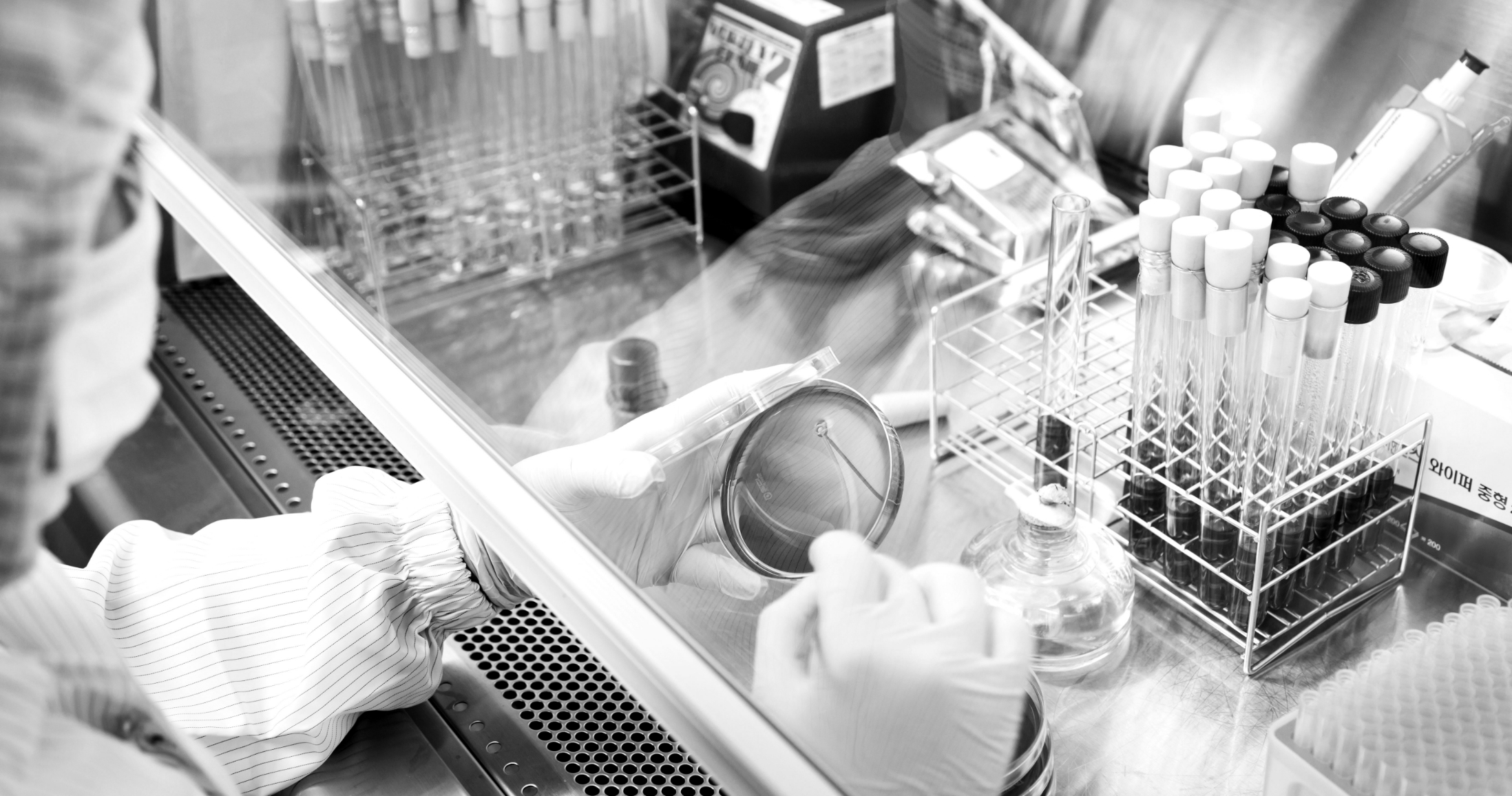 The plant extract EstroG-100® has been investigated in numerous international studies. Three prospective, randomised, double-blind, placebo-controlled clinical studies focussing on efficacy and tolerability were conducted in Korean university hospitals and one Californian hospital on women in the age range of 40–70 years with climacteric symptoms.

In the first study, a significant improvement in climacteric symptoms was observed after three months compared to the placebo (Lee et al., 2005). In two subsequent studies, the effect was evaluated with the Kupperman menopausal index (KMI), an established test method for assessing the quality of life of menopausal women by means of a score.

No side effects occurred in any clinical study and there was no statistically significant difference in body weight, BMI, serum oestradiol or follicle stimulating hormone (FSH) compared to the baseline in all clinical studies.

In addition, several studies have shown that the EstroG® extract has no binding affinity to oestrogen receptors (Bo-Yeon Kwak et al., 2008) and no stimulatory effects on the growth of oestrogen-sensitive tissues such as female breast cells and endometrium. Furthermore, there were several toxicological studies in which the EstroG® extract showed no toxicological abnormality.

24 in placebo group & 19 in treatment group (48 were enrolled, including six drop-outs)

Due to the reports from the WHI study on the increased risk of hormone therapy for the occurrence of breast cancer, heart disease, stroke and thrombosis and the FDA warning against the long-term use of oestrogen replacement therapy and the lack of approval for phytoestrogens in Korea, the aim of this study at that time in 2003 was to investigate an extract from three natural plants in a clinical study for its efficacy and safety in women with menopausal symptoms.

48 women over 45 years of age with menopausal symptoms were enrolled in the study between 2003 and 2004. Of these, 24 women received Estromon® and 24 women received corn starch as a placebo for 48 weeks. 42 patients could be included in the complete final evaluation. Of the drop-outs, five left the study for their own reasons and one because she had skin symptoms. 19 patients were evaluated from the study group and 23 women from the placebo group. The mean age was 54 years with a range of 46–66. At the baseline examination at the start of the study, there were no significant differences in biophysical profiles except for a higher mean bone density in the verum group.

Three months after the start of the study, 14 of 24 women in the verum group but only five of 23 women in the placebo group showed improvements in their climacteric symptoms (significant with an odds ratio of 5.04). Among the women who already had symptoms at the baseline assessment, the difference was not significant (4/7 vs. 5/6).

Estromon® is composed of Phlomis umbrosa, which contains saponin including triterpene glycosides, and Cynanchum wilfordii contains saponin including wilforside and cyanuricuoside, which leads the authors to believe that the saponin activates the steroidal oestrogen receptor and thereby improves menopausal symptoms. Furthermore, Estromon® contains Angelica gigas, and its decursin acts as a coumarin derivative and thus as a phytoestrogen.

The authors conclude that Estromon® can be used to relieve climacteric symptoms such as hot flushes, joint pain and sweating without the usual side effects such as weight gain or increase in BMI or serum triglycerides.

The prospective randomised, double-blind, placebo-controlled clinical study shows the effect of the plant extract on climacteric symptoms in a small number of cases, though relatively clearly. Unfortunately, these are not quantified further (but only improvement yes/no) and the symptoms are not listed and analysed individually. On the other hand, detailed potential effects on the bone, liver and hormone metabolism are excluded by determining numerous serum parameters and thus typical side effects of hormone therapy. Interestingly, the study group even showed an improvement in the bone density of the femoral neck.

32 in placebo group & 29 in treatment group (64 were enrolled, including three drop-outs)

Prospective, randomised, double-blind, placebo-controlled clinical study of the safety and efficacy of EstroG-100® in women with moderate to severe menopausal symptoms (Kupperman index score > 20). All study participants received either the verum preparation or a placebo, given as a tablet twice a day for 12 weeks.

Safety: E2 and FSH levels did not change significantly during treatment, nor did weight and BMI in either group.

No side effects of the medication occurred in the verum group during the study.

Short version: EstroG-100® was shown to be an effective and safe dietary supplement in pre-, peri- and postmenopausal women with menopausal symptoms.

The study, which is very significant due to its design, shows the impressive effect of EstroG-100® with only three months of treatment on the menopausal complaints of American women already after six weeks, but in any case after twelve weeks, without any relevant side effects or metabolic changes. At the same time, the significantly positive effect of the placebo preparation on menopausal symptoms is also very interesting. The cause of this effect can only be speculated, which might have to be deducted from the overall effect of EstroG-100®.

After numerous promising in vitro and in vivo studies on the plant root extract EstroG-100® (Cynanchum wilfordii, Phlomis umbrosa, and Angelica gigas) and initial clinical studies on the effect of EstroG-100® on menopausal symptoms, the aim of this study was to investigate the effect of EstroG-100® taken orally on menopausal symptoms in a larger number of women with such symptoms in a multi-centre setting.

Prospective, randomised, double-blind, multi-centre clinical study of the safety and efficacy of EstroG-100® in women with moderate to severe menopausal symptoms (Kupperman menopausal index > 20). The primary endpoint was an improvement in quality of life on the Kupperman index (menopausal index), and the secondary endpoint was an improvement in the individual symptoms of the Kupperman index (vasomotor complaints, numbness, sleep disturbances, nervousness, depressive mood, dizziness, fatigue, joint pain, headaches, palpitations, tingling) and vaginal dryness.

Study participants received either the verum drug or a placebo, each as two tablets per day for 12 weeks.

122 women with menopausal symptoms were screened between November 2013 and August 2014 and of these, 105 were included in the study. Nine women were excluded from the final analysis before reaching the endpoint. In total, 96 women with a mean age of 54 years were included in the analysis. The groups did not differ in their general baseline data. The women in the verum group had a slightly higher Kupperman index at the start of the study. After four weeks, there was a significantly greater decrease in the Kupperman index in the verum group than in the placebo group (from a mean of 35.1 to 23.2 vs. 33.1 to 24.7, p<0.05) and a highly significant stronger decrease after 12 weeks (14.8 vs. 20.1, p<0.01). With regard to the individual symptoms, the verum group showed a significantly greater improvement in vasomotor complaints, tingling and numbness and nervousness, depressive mood, dizziness, fatigue and joint pain, palpitations (heart palpitations), tingling sensations and also vaginal dryness after 12 weeks of treatment, as well as a barely non-significant improvement in sleep disorders (p=0.052).

No side effects of the medication occurred in the verum group during the study.

EstroG-100®, administered over 12 weeks, significantly improved the quality of life and also the nine different individual symptoms of the Kupperman index in women with menopausal symptoms, without any side effects being reported or the laboratory values examined changing to pathological.

Short version: EstroG-100® proved to be a safe and effective herbal preparation in the treatment of quality of life and individual symptoms in women with menopausal symptoms.

This data from the prospective, randomised, double-blind clinical studies impressively confirms the promising in vitro and in vivo results of EstroG-100® and give hope for an herbal oestrogen alternative for the treatment of women with menopausal symptoms without the typical oestrogen side effects, with changes in serum parameters indicating that EstroG-100® exerts effects on the metabolism.